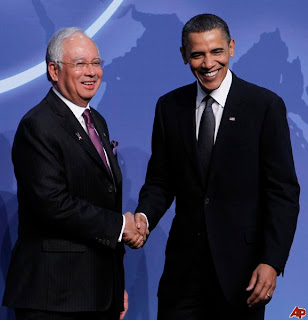 "Secretary of State Hillary Clinton announced to reporters on Friday that she had an “excellent meeting” with Malaysian Deputy Prime Minister Muhyiddin Yassin at the State Department. When she told Muhyiddin that Malaysia is “a model nation” that might serve as an example to other developing nations, she underscored a very recent — and revealing — shift in American official perception of that country and its government." 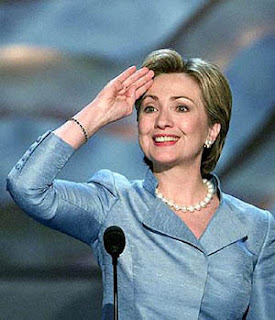 Now, the Secretary of State’s tone is markedly different — and far more positive toward the Malaysian leadership. She told Muhyiddin that Malaysia stands as an important example to other nations because it is “democratic, effectively governed, and economically sound.”
Clinton implicitly acknowledged that Malaysian democracy has come a long way under the current government — and, barring a change in leadership, that it will continue to improve. This, combined with Malaysia’s strong financial outlook and its role as a model for Islamic democracy, makes the nation an attractive partner for the United States. Clinton and Muhyiddin went on to discuss the development of a Peace Corps program that would enable Malaysian teachers and schoolchildren to learn English from visiting American students — an initiative Prime Minister Najib suggested to President Obama during their meeting at the ASEAN Summit in New York City last autumn — and agreed that such a program would benefit both nations. They also discussed the signing of the Trans-Pacific Partnership, a multilateral free trade agreement which Muhyiddin expects will be completed by the end of the year.
Favorable words from the U.S. Secretary of State can go a long way toward boosting one’s political standing in Malaysia. So it is good to see Hillary Clinton finally realizing who are the good guys and the bad guys in Malaysia. - New Ledger

The Americans, one time super supporter of Anwar Ibrahim, are not only quiet but have been distancing themselves from the former deputy prime minister since his tirade against the Jews and his anti-Semitic stance.
The Secret Service too, sources familiar disclosed, have placed 'all they had on Anwar' on the table for the Obama Administration's strategic considerations.
Guess the US Government's stance in this matter are crystal clear, going by recent statements from the White House.
The charismatic Opposition leader may end up in jail soon for his alleged bisexual acts with his own 'coffee boy' and it seems that the White House or members of this Administration could be better of without Anwar's headache. Furthermore, Anwar Ibrahim is a FAKE and everyone here in Washington know this.
MORE
Posted by THE BENCHMARK at 9:10 AM No comments: