#this came thru an 'anonymous' email.


I agree wholeheartedly with the assessment of this organisation. It is infested with PR/BERSIH supporters and has become an opposition Trojan Horse right in the heart of the PM's dept.


Scores of Pemandu senior staffers are totally unqualified to justify their HUGE salaries and perks. Many are outright incompetent and indeed a threat to our nation's security.

I give you one such glaring example below.

This person, Farah barely made it thru UIA (with a couple of repeats) and was a total washout at Zaid Ibrahim & Co.  After getting laid off from ZICO, she reappeared out of nowhere into a key post in Pemandu. She handles PDRM programmes and KPIs and monitors the police force on behalf of Najib and previously for Hishammuddin H. Onn as well. Hishammuddin thr weakling was in her pocket and she -- in HIS name -- could summon CPOs and OCPDs to her beck and call.

Her partying lifestyle, heavy drinking and expensive trips overseas (disguised as "working visits") are well known in the office, where she is known as the Party Queen of Pemandu.

Her promiscuous liaisons with foreign men makes her vulnerable to undue influence by foreign interests and she could even be blackmailed into divulging national secrets to her foreign seductors.
Farah is a security threat. Her lavish lifestyle, promiscuity and drinking habit makes her TOTALLY UNSUITABLE for her job. How can this drunk slut be advising softy Najib on anything? In the interest of our nation, pls get her and others like her removed from Pemandu.

Pls see below the lifestyle of Farah , a Najib advisor who will ruin our nation if left unchecked.

Pic 1 - Walking drunk on the backstreets of KL.

Pic 2 - On holiday with  foreign boyfriend.

Pic 5 - More drinking parties with Singaporeans and other foreigners.

AND this person right now is in the PM's dept. advising Najib and the cabinet over national security issues. Unbelievable! 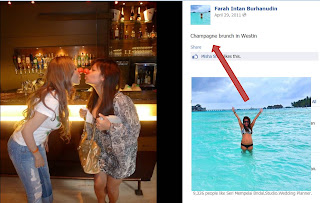 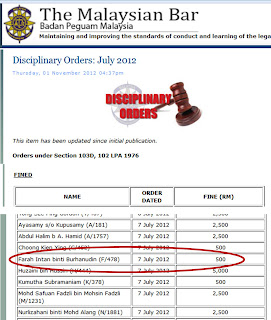 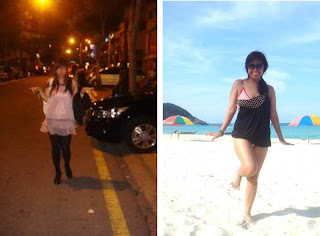