Blackmails and the immunity of the political secretary 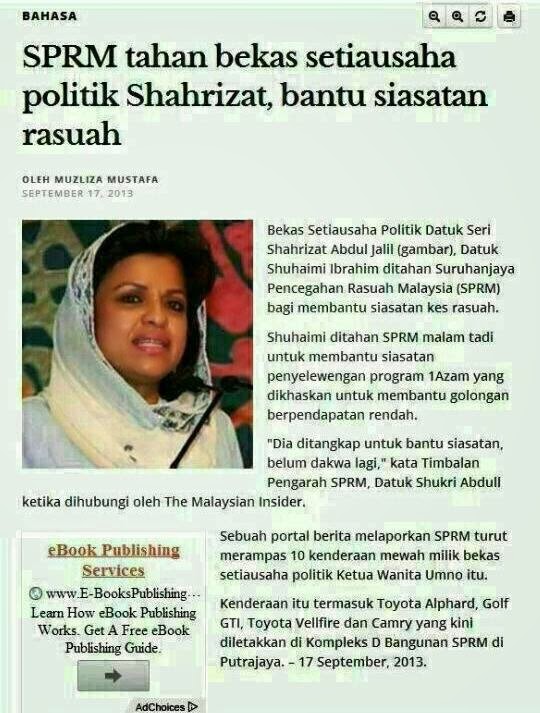 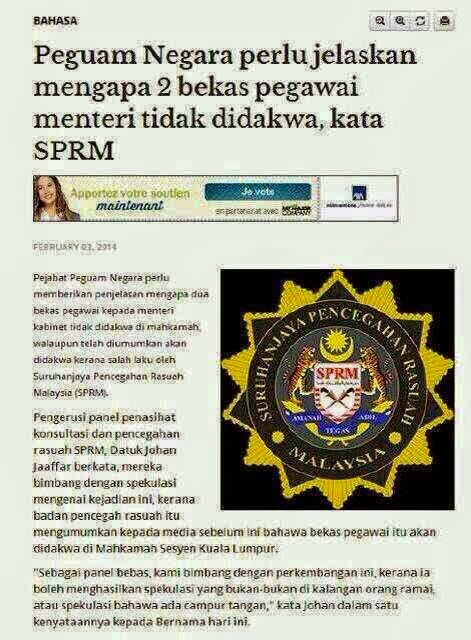 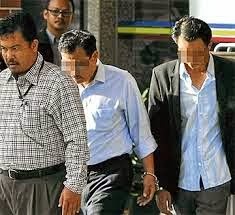 After much push and shove from the MACC and those in the know of this diamond profile case, the second guy without a Datukship was charged in court last month.

A former officer with the Women, Family and Community Development Ministry was charged in the Shah Alam Sessions Court today with soliciting bribes for projects under the National Key Result Area NKRA, worth RM18 million four years ago. NTV7 reported.

This high profile corruption and siphoning case was closely linked to NFC scandal tainted Wanita Umno chief Shahrizat Jalil and the 1Azam poverty eradication program under the Ministry when she was Minister.

The Datuk who is yet to be charged is Shahrizat's former political secretary. The MACC, The Benchmark was told, had a strong case against both the culprits but only one was charged.

Why was the Datuk not charged?

Before the public start pointing fingers at the MACC and aim to tarnish their image once again it would be wise for those who decided against charging the Datuk to speak up.

Please spell it out if the Datuk enjoys some kind of immunity that we the public are not aware of.

If there is no immunity, both for the Datuk and his BOSSes, stop interfering in the name of national interest. Dump political blackmails into the bin and charge the culprits.

National interest cannot be about protecting the corrupt. In this case the bloody corrupt who  allegedly siphoned funds meant for the poor.

We are watching you. 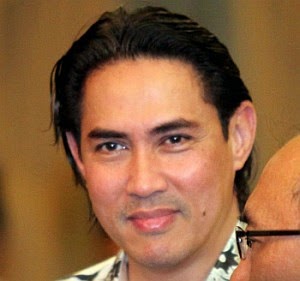 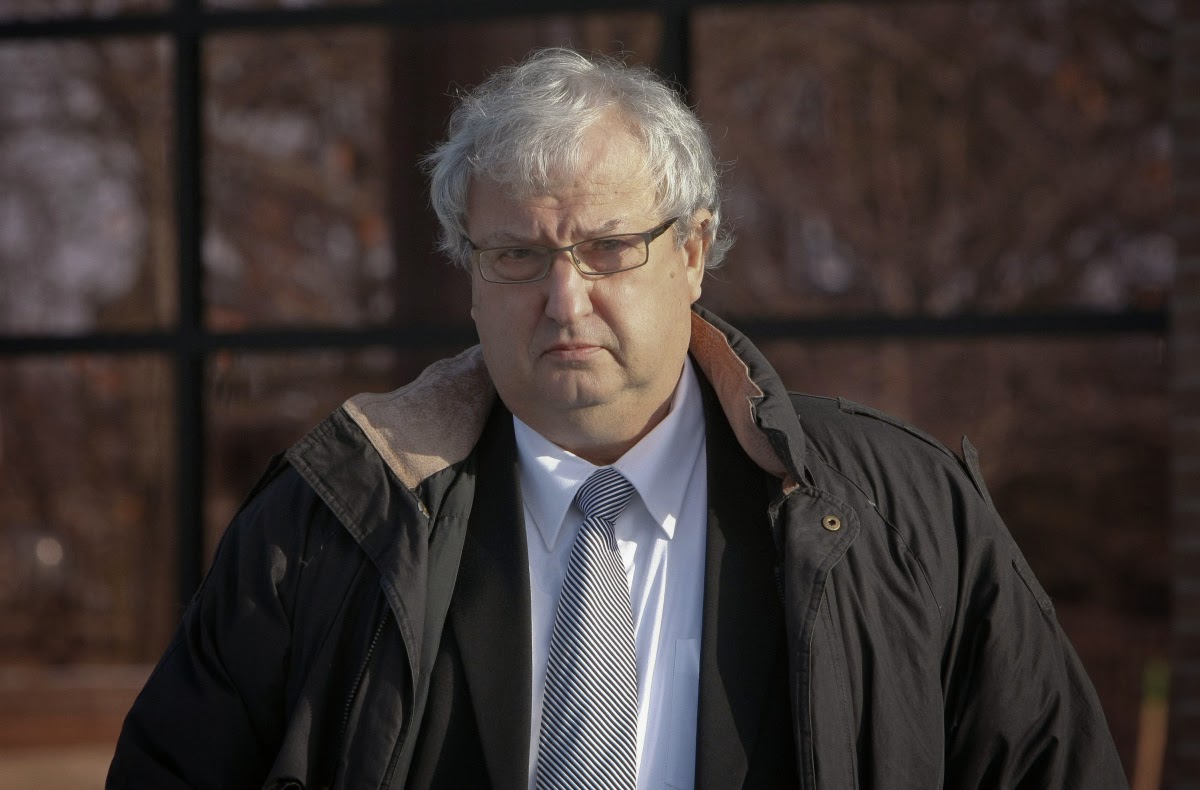 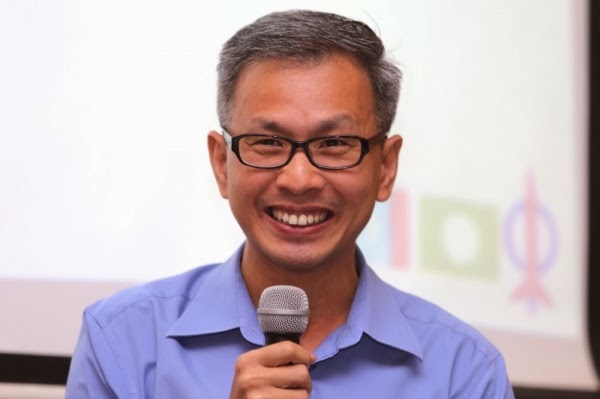 While we continue to wait and speculate on who will win the 2000 MW coal fired power plant Project 3B, Tony Pua the people’s hero has decided to wade in today and champion the “real winner” YTL Corp.

Mr Pua, in his blog, is worried that if project 3B end in the hands of YTL’s closest competitor, 1MDB, it will be because of an unfair decision colored by political influence, and the rakyat will be paying the price. YTL must therefore win.


Maybe we need to refresh Mr Pua’s memory a little, what with age catching up on him and all. YTL was the first among the blood sucking first generation IPPs to sign the punishing, lopsided PPAs with TNB in 1995 that guaranteed its power plants returns of 20% for a period of 21-year.

Do you remember what you were doing in 1995? Because you are still paying the price for the agreement YTL signed during that time today, and will continue to pay all the way up till next year.

TNB and Malakoff put in around 28 sen/kwh and 26 sen/kw respectively.

It is an open secret in the industry that YTL managed to get this lower price by bringing in an inferior boiler maker. How far off is the standard? Well, on paper, Doosan from South Korea did not qualify for the main requirements lined up in the RFP documents issued by the EC.

Do Doosan’s boilers have a proven track record in ultra supercritical (USC) category? Nope. Its first ever USC boiler will only be completed and commencing in 2017. That’s two years away.

Do Doosan boilers have adequate track record for the supercritical category? Nope. For it to be adequate, it has to have five or more units operating for at least three years. Doosan falls short both in number of units as well as number of years in operations.

But I reiterate, this is on paper. How YTL’s bid got through is a question we need to ask the EC.

Mr Pua keeps harping on lower bid price though. That should be the main contention for choosing a winner, right? If we go by his argument, 1MDB would have won Track 3A, the 1,000 MW coal fired plant awarded to TNB in 2013. But it didn’t, despite having the lowest bid, because there is always a wider consideration.

For Project 3B, YTL is unfortunate to choose a plant site that is much further away from the major load center in Klang Valley. Most electricity consumers are in the central region. The electricity supply has to travel 160km from Tanjong Tohor to get to its main consumers, at least three times the journey from any other proposed plants, all of which are in the central region.

The transmission losses occurring during the journey, even at estimated conservative 2 per cent loss, would have already bumped up YTL’s bid to more than what 1MDB’s bids are.

Now 1MDB is not without criticism – who really knows what’s going on in there. For this particular bid though, when you look at the overall picture, that 1 per cent difference in bid price between YTL and 1MDB would have been more than completely erased. The “real” price that would have to be borne by TNB and the Government, and ultimately the people, is much higher if YTL win.

Over the years YTL have also secured, with varying degree of controversy:

· a 30 year concession to finance, build, maintain and control the operations of the ERL in 1997 at an estimated RM2.4billion. You’ll be glad to know that you are still subsidizing this operation via a RM2 and RM6 tax for every domestic and international passenger respectively. YTL is also doing ERL extension for KLIA2

· and most recently, the 1Bestarinet project to wire up schools costing RM1.5billion, which have been criticised for being utilized as a means of expansion for YTL’s 4G network.

· Many, many more. Mostly awarded due to their close relationship to the powers that be.

Do we really need to reward YTL with even more? Let me spell it out to Mr Pua – YTL brings in a nominally lower bid for 3B – but with an additional cost in hundred millions ringgits to be borne by Tenaga and the Government, for a plant that will have inferior machinery (thus higher risk of breaking down), at the expense of the Rakyat.

So why is Mr Pua championing YTL?

YTL, long the favoured corporate behemoth for big ticket contracts. Don’t suddenly clothe them as doing service to the rakyat – it is lazy and hypocritical.